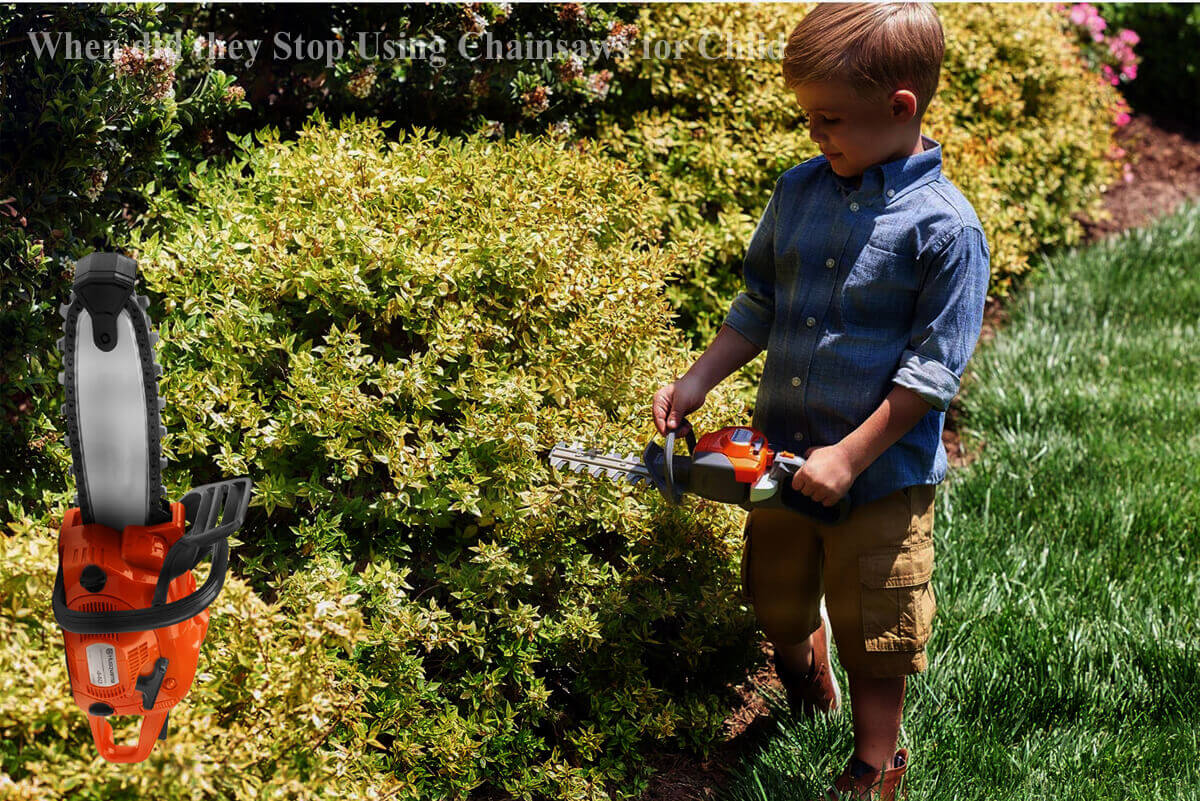 All of us know chainsaws. It is an effective machine for cutting and chopping wood. Probably you are thinking about the origin of chainsaws. Well, most people believe workers or carpenters invented it. But it’s completely wrong. Even chainsaw was not invented for cutting trees. Also, 2-professional medical surgeons developed chainsaws to face complicated childbirth operations.

When did the Chainsaw was Invented?

Two Scottish surgeons named John Aitken and James Jeffrey innovated the chainsaw in the 18th century. The primary purpose of the chainsaw was the excision of diseased bone. At that time, surgeons used knives and blades to widen any area or cut bones. But it was risky enough.

When did Doctors Start Using Chainsaws for Childbirth?

When it comes to the matter of childbirth, it was riskier. Blade and knife can easily cause damage to the child in the womb while doing surgery. Surgeons made chainsaws to widen the pubic areas and cut pubic bones while handling difficult childbirth.

Nowadays, chainsaw looks terrible and enormous. But from the early period, it wasn’t that horrifying. The first chainsaw looked like almost a blade with some teeth and a chain. It also had a handle to operate.

The doctor needs to set the chains on the bone and pull the handles to cut the bone without causing much damage. It was a faster process than using an ordinary knife or blade. Moreover, cutting a bone with a knife was not a piece of cake also. This process is called symphysiotomy in medical science.

Uses of the Chainsaw

There are a lot of uses of chainsaws in the medical sector. Doctors and surgeons use a chain saw to cut bones and amputation still now. But these kinds of chainsaws don’t look like our regular chainsaws. Those are specially designed for medical uses. Back in the 18th, doctors used chainsaws for childbirth. But after inventing the C- section, they stopped using the chainsaw for childbirth.

Why did they Stop using Chainsaws for Childbirth?

In a journal named Western Journal of Medical and Physical Sciences, Dr. John L. Richmond described the labor pain of a mother while giving birth to a child. And chainsaw and other childbirth processes pain them more. Sometimes it was fetal enough to kill the mother. He decided that A childless mother is better than a motherless child. So, he came up with a new kind of surgery named c section.

In the c section, surgeons use scissors and some other tools to cut the abdomen and the uterus of the mother. Then wide it up and take the baby out. It’s a short process, and it’s less painful than the chainsaw method. It’s safe also. There are meager numbers of circumstances where a c section went wrong. So, they stopped using chainsaws for childbirth when scientists invented the C section because it was safer and easier than chainsaws.

But after that time, people found that using chainsaws for cutting and chopping woods was easier. So, they adopted chainsaws as their primary cutting tool.

There’s always a price to be paid for an invention. But sometimes, a rejected creation can help in another field, like this chainsaw. It was mainly invented for surgery and childbirth, but it’s now a wood-cutting tool.

Childbirth is a horrible process. A mother goes too close to death while giving birth to a baby. But the ancient techniques were dangerous and fetal. Thanks to modern science cause we have modern technologies to deal with complex surgeries.